So we sat down and decided that we wanted to change things up this year. 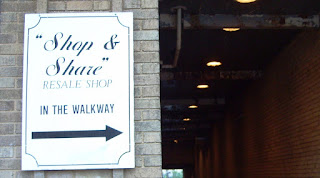 Previous Walkabouts had various groups playing at different venues. But this year, we thought we would take the shows outside. Adding to that, we thought it would be cool to reveal some of Elgin's past on the tour, beyond the usual historically significant old building.
Even with all the construction that has taken place downtown, there is still a lot of old Elgin waiting to be discovered. The truth is, anywhere you walk downtown, there is usually a story lying right beneath your feet. With that in mind, the theme for this year became "Hidden Places, Found Spaces".
Take a look at the picture above. Does it look familiar? It's right next to a popular place in downtown Elgin where the wine always flows. When we scouted out sites, this place jumped out at us. It's like something out of French new wave black and white movie from the 60's. I don't want to give away too much, but this small sign is attached to an enormous old building that was once used as a place to repair old railroad engines.

And that's how it started. We deliberately sought out places that seemed to fall off the radar.

We'll feature more spaces in the coming days, but the real mind trip is when you take the walk. You see lots  of things that feel like they're from another time. And our plan is to inject some new life, even if its only a brief encounter in a dusty place.
Posted by Janus Theater Company at 12:31 AM