When Your Co-Star Goes Home With You At Night

Putting on a play can take a lot of work. You have to pick the play, cast it, rehearse it, learn the lines, and then hope the audience likes it. 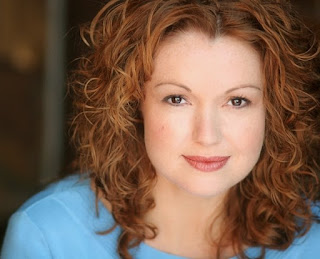 What’s more challenging is finding chemistry on stage with your scene partner. But what if that partner is your wife, or your husband? Well Janus Theatre Company is presenting “The DMV One” by Nick Zagone, which chronicles one man’s encounter with a government worker. It’s a comedy. Really.

The show is directed by the husband and wife team, Joe and Tara Schuman and featured in the play are newlyweds Chris Agos and Patricia True-Agos. Also starring in the play is Elgin’s own Katie Robnett.
The play is being performed at the Elgin Public House (EPH) in their new upstairs space – Pub 217. And according to Tara and Joe things have been going great. “The production is coming along well so far and we are very happy to be taking part in “Walkabout” again this year,” says Tara.
But we wanted to see how the newlyweds were getting along. The last time they worked together was in a play in 2002. Since then, Chris has made a name for himself acting in voice-overs, commercials and industrial films. And Trish has performed with many Chicago-area theaters and is a company member with Janus Theatre.

We caught up with Trish and Chris to see how things were going.
How does it feel performing in the Nick Zagone play?

TRISH: It's a cute piece. Everyone can relate to at least some part of it. Not ALL of it of course.
CHRIS: Feels good to be acting in front of a live audience again. Cameras and microphones generally don't clap.
Have you ever had a bad experience at the DMV or any other government service agency? Care 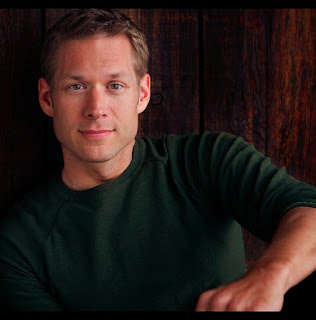 to elaborate?
TRISH: Last time I was at the DMV, it was to get my new license and registration for my Jeep. After waiting for-e-v-e-r I was sent to a lady who could really care less about me. I wanted it to go smoothly, so I complimented her ring and by the end I think we were best friends. Otherwise, for all my government related DMV items, I go to our local branch in my home town of Mt. Vernon. With a lobby of 5 chairs and a woman that probably knew me as a child, it's MUCH easier.
CHRIS: Let's just say our various government agencies seem to be very efficient producers of long lines.
What is it like to perform together again after so many years?

TRISH: Pretty cool. Little did I know that between then and now we would fall in love and the next time we would perform together he would be my hubby! Everything happens for a reason.
CHRIS: I'm reminded that this is how we met. Glad I'm into acting and not something else. Like, say, Civil War reenactments. I never would have met Trish in battle.

What do you think about doing a play at Elgin Public House in the loft?

TRISH: I like performing in places that are off the beaten path. It's one of the things that drew me into Janus Theatre in the first place. Theater doesn't have to be contained to the stereotypical "stage". Theater is anywhere you have an audience.
CHRIS: Are there any perks, like free beer?

What can the audience expect from your performance?

TRISH: I hope the audience can expect to laugh. I mean the audience WILL laugh. (Or we’ll lock the doors and they can't get out.)
CHRIS: I guarantee that no actual DMV employees were harmed in the production of this play.

And no members of the audience will be harmed either. This play will be first-up in this year’s Walkabout.
Posted by Janus Theater Company at 10:47 PM